“You know. But you don’t understand.”

So utters David in Samanta Schweblin’s (2014/2017) disturbing, perturbing, and masterful novel Fever Dream (translated into English from the original Spanish novel Distancia de Rescate).  For readers, this novel often feels like we know what is happening, but we fail to understand. Or, perhaps we understand, but fail to know. Schweblin’s master narrative style actually leaves us with more questions than answers. While the book is haunting for its themes of chemically induced disease and embodied malformation – often impacting children – the real questions for me lie in this tension and ambiguous space between knowing and understanding. What is the difference?

Here is what I mean. You might get to the end of this novel and think any of the following questions: 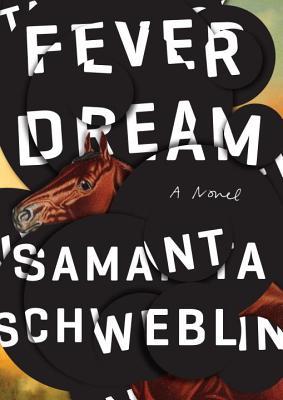 What makes these questions possible is Schweblin’s subtle but important twists of the narrative plot.  If you don’t read carefully, you could almost skip over them. The fast-paced nature of the novel entices readers to do so. From the beginning you want to read faster, the dialogue between Amanda and David picking up speed as the book progresses.  But when you slow down, you can catch glimmers of Schweblin’s ability to introduce doubt into the mind of the reader’s ability to know or understand fully what is actually going on.

For example, on p. 23, Carla (David’s mother in the unfolding narrative plot) responds to “Mommy,” uttered from the mouth of Nina (supposedly Amanda’s daughter, sitting in the backseat of the car), with a simple “What, sweetie?” We are told Nina ignores Carla’s response, but there is a strange discontinuity to this exchange. Who is related to whom in this interplay?
We get another example of this shift in narrative flow on p. 123 of the novel. Whereas up to this point Amanda has been narrating events to David, there is a sudden switch. David appears to narrate events to Amanda. The pain is caused by the fever, David says. Amanda denies this reality. Fast forward to the end and the image of David and Nina’s eyes and body language (sitting cross legged in the back seat of the car) further complicate the question of what we know or understand about the “fever” that is central to the plot.

The novel also makes use of sensory overload, which draws the reader into the plot. One literally feels from the first page this sensation of worms crawling – it is a tingling in the body. Schweblin invokes other sensory cues in the novel. There is burning: the burning sun, the burning hands, the burning eyes making us blind. There is cooling: the legs dipping in the cool pool water, the condensation on the glass; the iced tea with lemon.  There is perfume: the scent of sunscreen. There is darkness: scouring the ground in the dark with a flashlight, looking for danger, blocking out the light with curtains to darken a room to rest. There is light: the sun, moon, and stars are evoked. There is movement: “I walk quickly; I like it when my breathing grows rhythmic and my thoughts shrink to the essential,” says Amanda (pp. 56-57). There is tension: the pulling of the rope.

Why all the embodied imagery? Certainly it draws a reader into the text. We can feel these sorts of experiences in our own bodies as we read. But, I think there is more here. Schweblin seems to be playing with the idea of embodied monstrosity – how the bodies contact with that which is seemingly natural, but has somehow turned unnatural – means humans are somehow our own worst enemies. We create monstrous realities through products – petrochemicals, cigarettes, sunscreen, cars, pavement – all in an effort to change nature. We shift the natural world, and thus our relationship with the natural world. In so doing, we become unnatural, dehumanized, deathly and zombie-like, living in fits of fever. We congregate in cities, and thus when we go to the countryside we become sick. It makes me wonder if this is a treatise on the dangers of an advanced capitalist state.

And all this leads to the strong theme of blame and forgiveness that emerges near the end of the novel. There is this pervasive feeling of guilt throughout the book. This is introduced early in the book, when Carla first exposes her son to the dangers in the stream. It continues through the decisions: to take her son to a psychic healer, rather than a medical doctor; of not telling her husband what is happening; of telling Amanda the story of David’s illness in the first place. This is certainly maternal. Amanda asks, “Was I a bad mother?” (p. 169).

But, I think this guilt and forgiveness narrative is more than simply maternal. It is a feeling of collective guilt we might have as humans – for the destruction of nature (dead and deformed animals function as an important narrative trope in this novel); for the poisoning of our water sources (tap water is dangerous, but so is river water); perhaps, even, for the poison we feed ourselves in the forms of anxiety, fear, being overly and~or under protective of those closest to us. Again: we seem to know this, but don’t really understand. Or, we understand, but don’t really know.

If you are confused, it is because Schweblin wants to disrupt any comfortable notions of reality. She wants us to relinquish our sense of safety and be uncomfortable. There are questions we are not asking, Schweblin seems to suggest. The novel is meant to leave us with a certain amount of “dis-ease” about our abilities to comprehend. Perhaps we are all living in a fever dream just beyond the rescue distance.

By Paul William Eaton in Book Talk, Reading Reflections on April 8, 2018.
← From What and Whom are we Fleeing? Viet Thanh Nguyen’s “The Refugees” Claudia Rankine’s “Citizen: An American Lyric” →